The acquisition heart of the echOmods 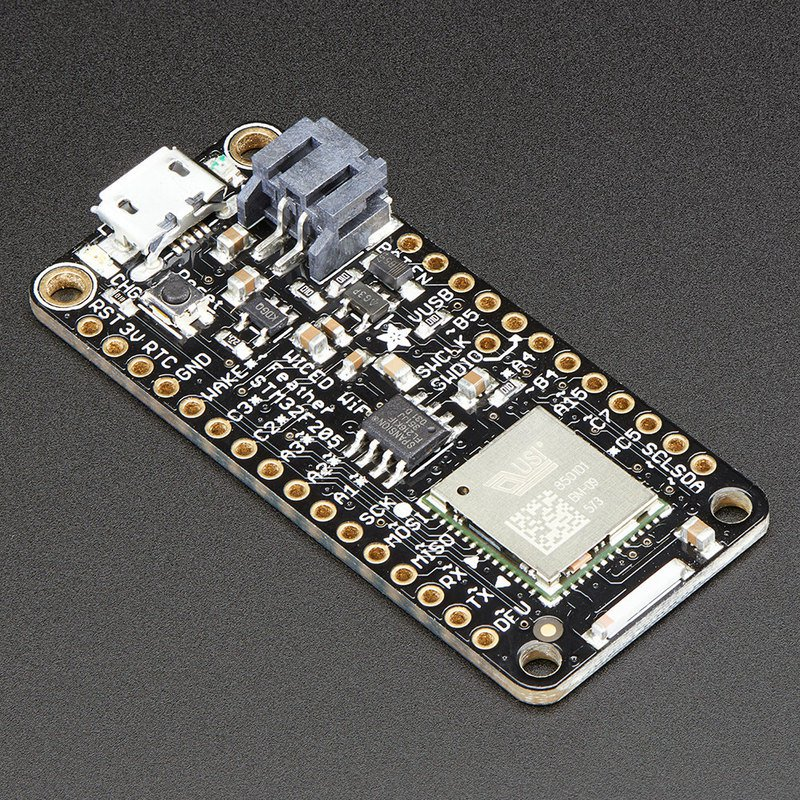 What is it supposed to do?

The aim of this echOmod is to receive the signal and process it, then stream it over wifi.

How does it work: block diagram

They can be found here.

They have been acquired with nc -lu 5005 to listen to data coming from UDP port 5005, then translated in images using the CreateCSV.py script, which creates the raw data files, ready to be processed, respecting the format, and scan converted using the CreateSC.py script for a nearest neighbour scan conversion.

To find the IP of the board on your local network, you can type:

Getting to work with two onboard ADCs. Getting a relatively nice signal.

In a nutshell: getting roughly 12bits, 2Msps+ ADC acquisition and Wifi-streaming, on a powerbank. Read more here for the details on the STM32 work. Arduino code here, with details for setup.

Later on, in december, I got it work with a breadboard phantom

In vs Out : in a nutshell

Out of the Croaker module 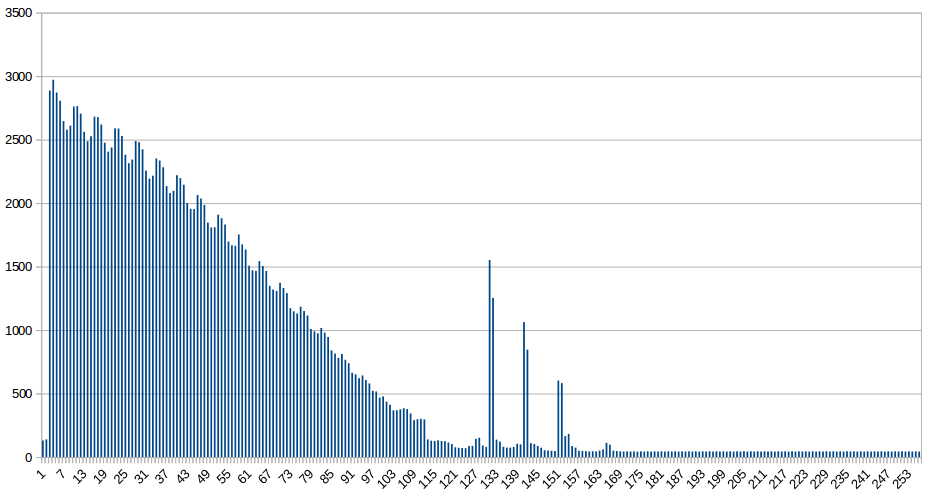 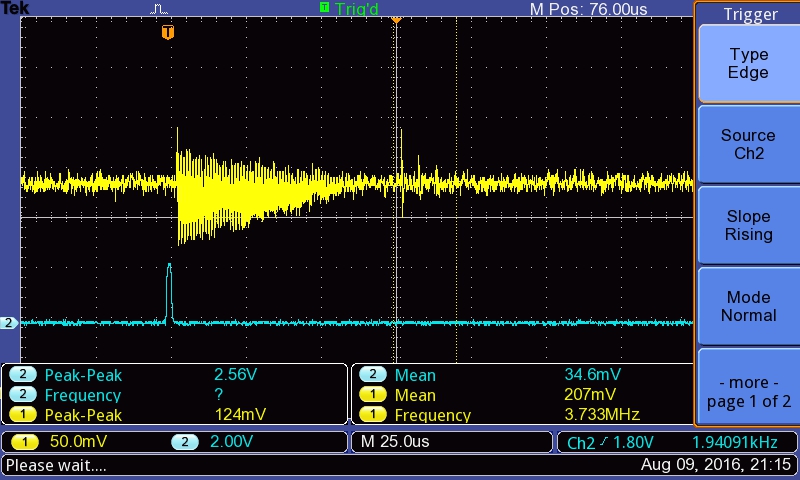 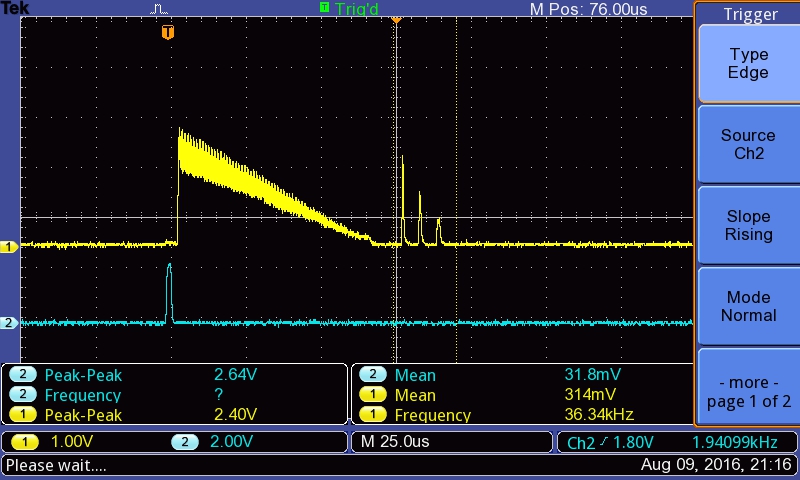