a. Powering the board

Some pics with the BeagleBone black 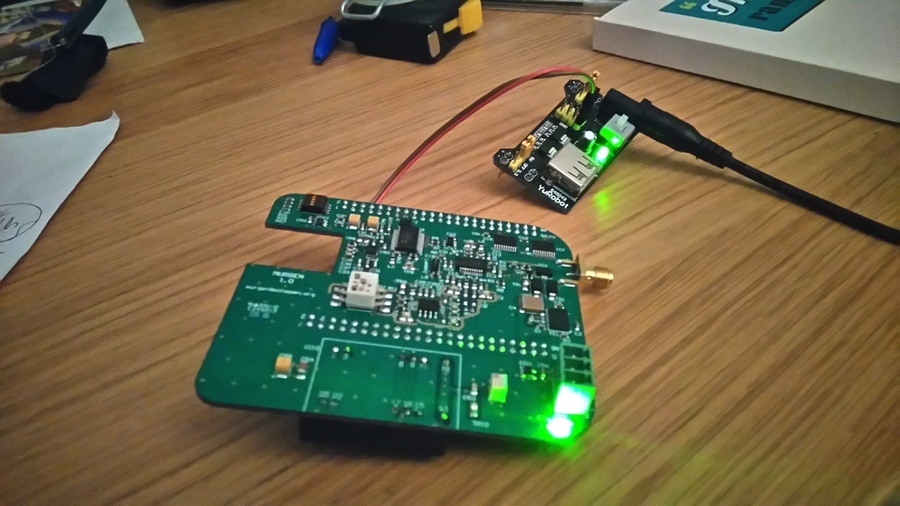 If used on a standard alim as we had, voltages get too low:

The buffer led gives light, that's because the ref voltage is too low.

Discussing with Sofian, I had connected USPN on GND, USPP on a 3.1V, 250ns pulse, at 300us macroperiod. That should take care of the pulse for the transducer.

USPN on ground. Blue is the trigger, Yellow is the pulse. 3.1V. 50/60V easily, but does not decrease with time. 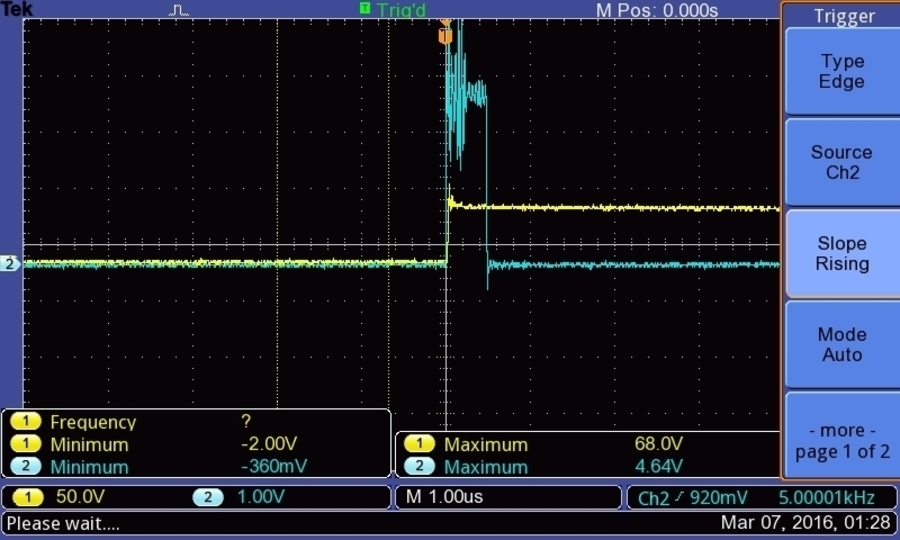 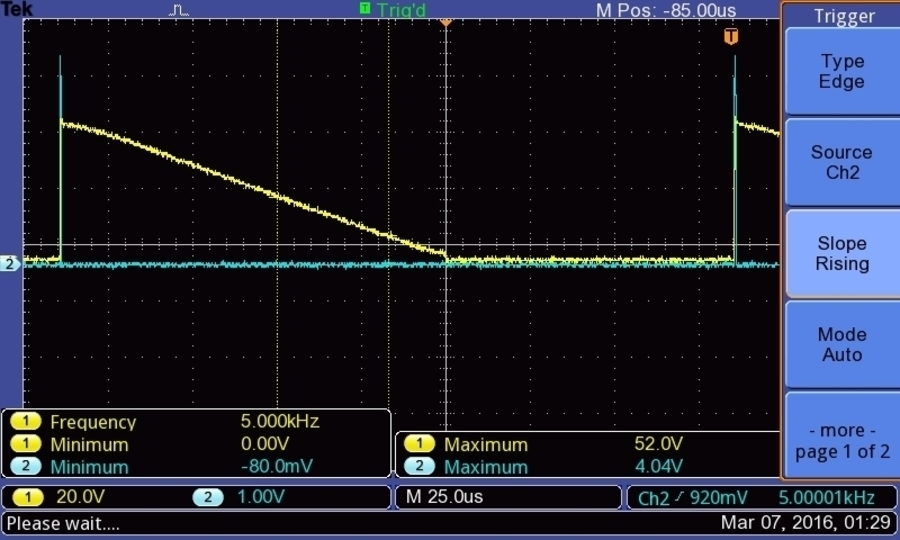 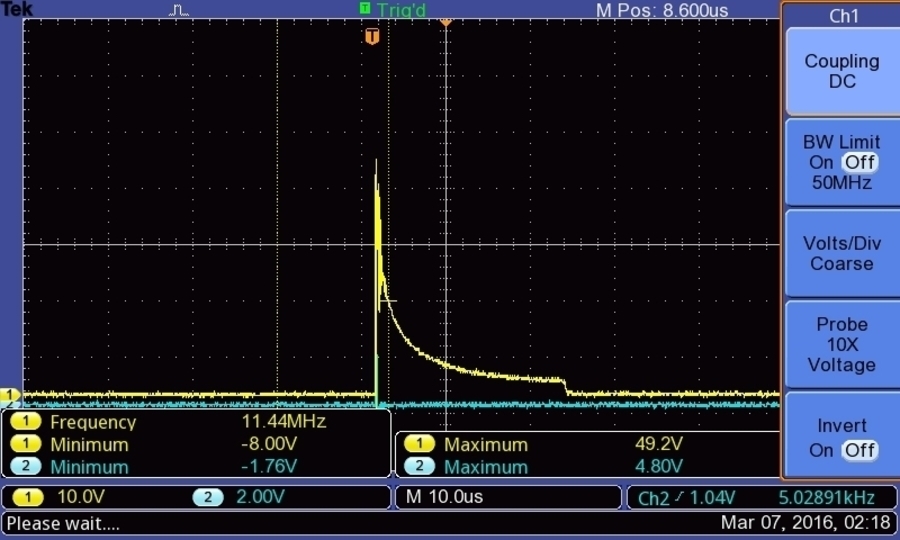 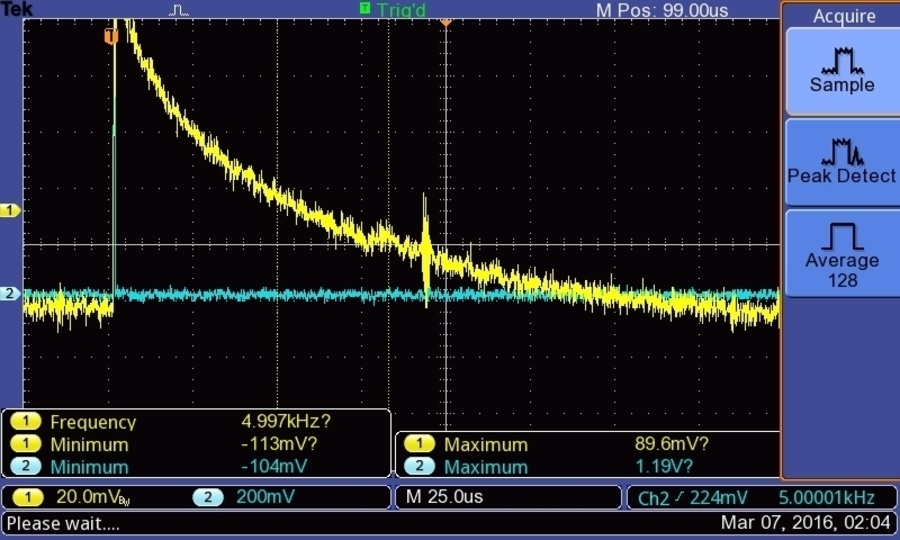 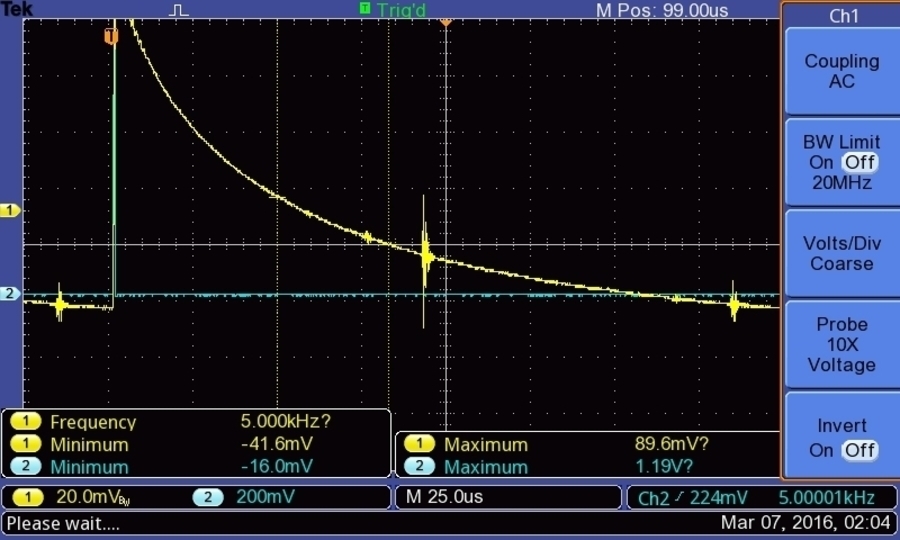 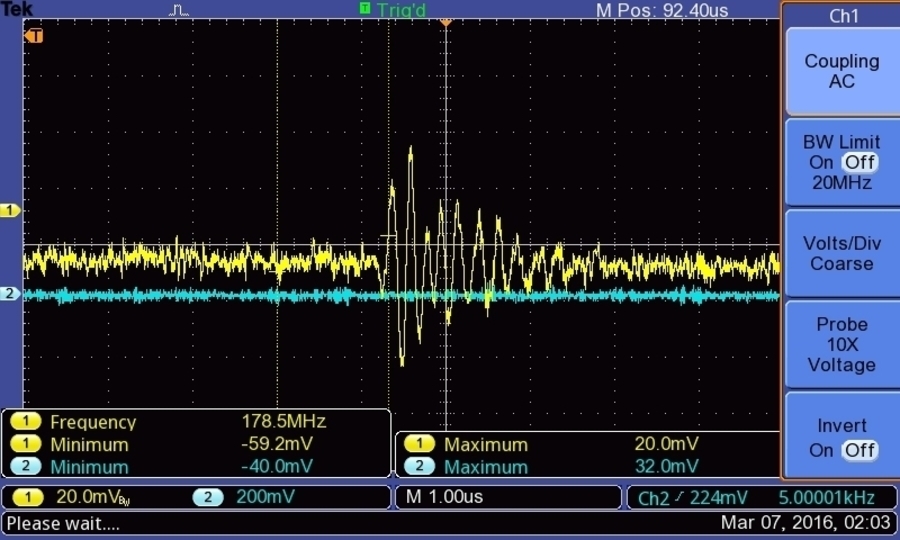 Decreasing pulse to 2V, and connecting USPP and USPN to the pulse. 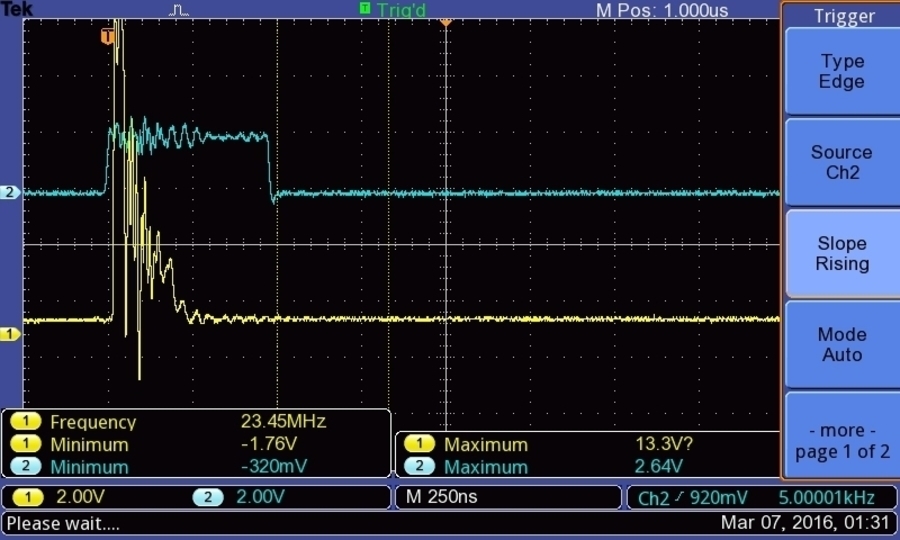 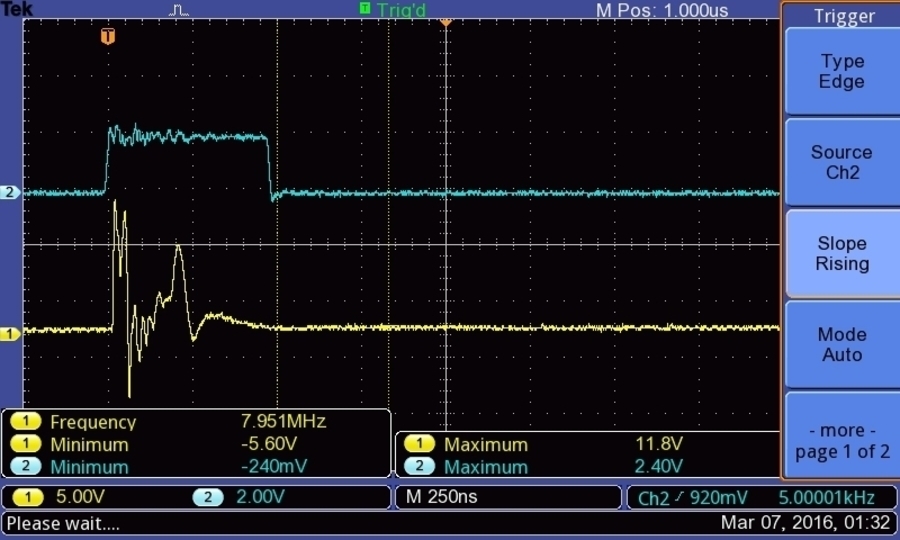 Pulse to 3.1V, and connecting USPP and USPN to the pulse. 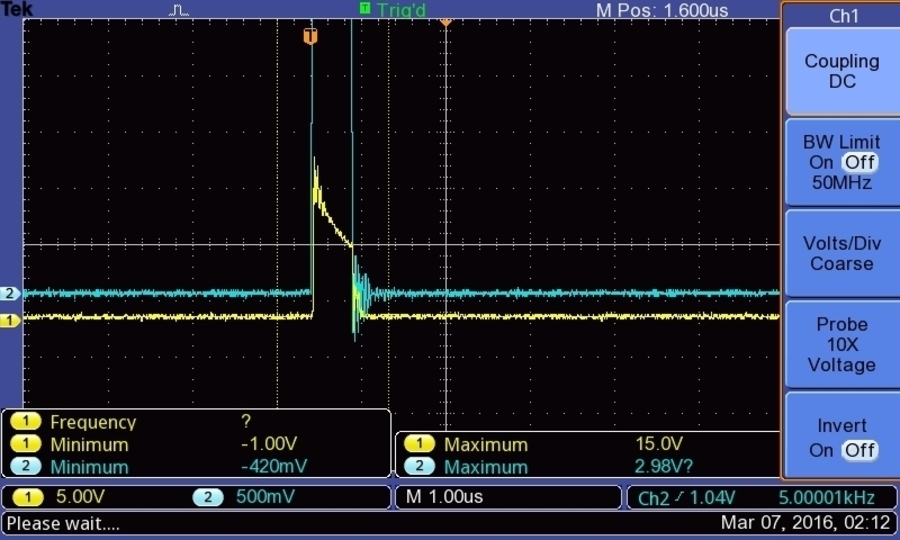 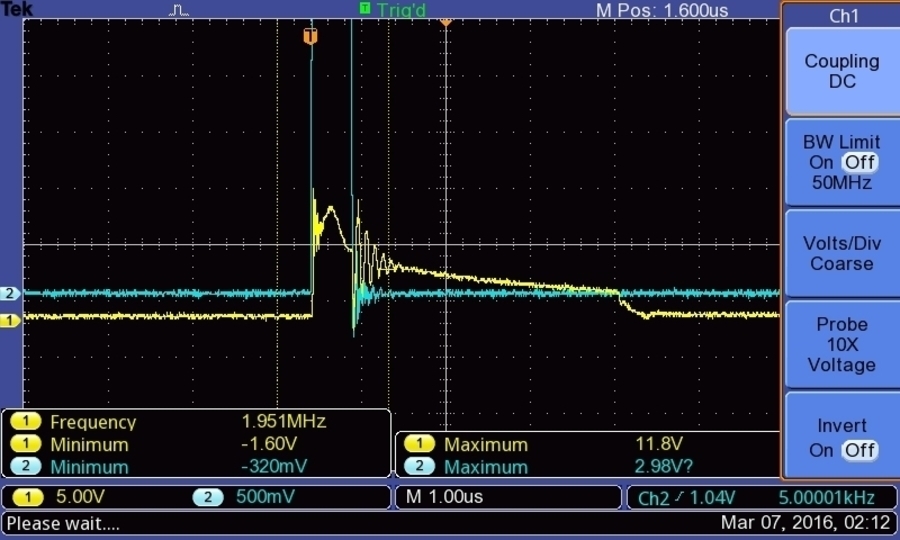