There are two loops saved so far.

Hacking an old ultrasound probe with a module dev-kit

The aim of this experiment is double, namely to:

The modules have already been tested, but not the PRUDAQ. The advantage of the PRUDAQ versus the other DAQ is that the data is exposed as /dev/beaglebone within the beaglebone black, and that it can store 320M worth of data in a single shot.

Imaging a small 1cm side cubic dice: acquisition during 1s.

Some stuff, unexpensive to buy, to build a ultrasound testing kit -- 500$

Need one of the custom boards? Message me at [email protected] !

Setup of the modules 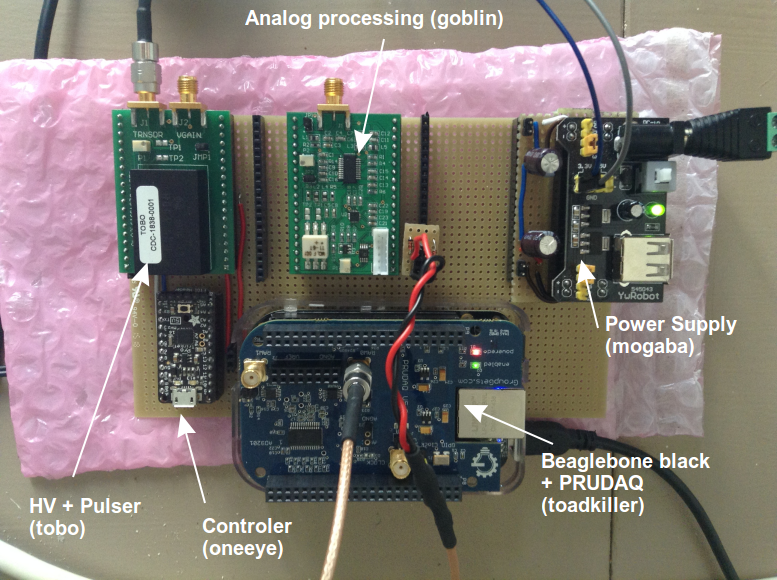 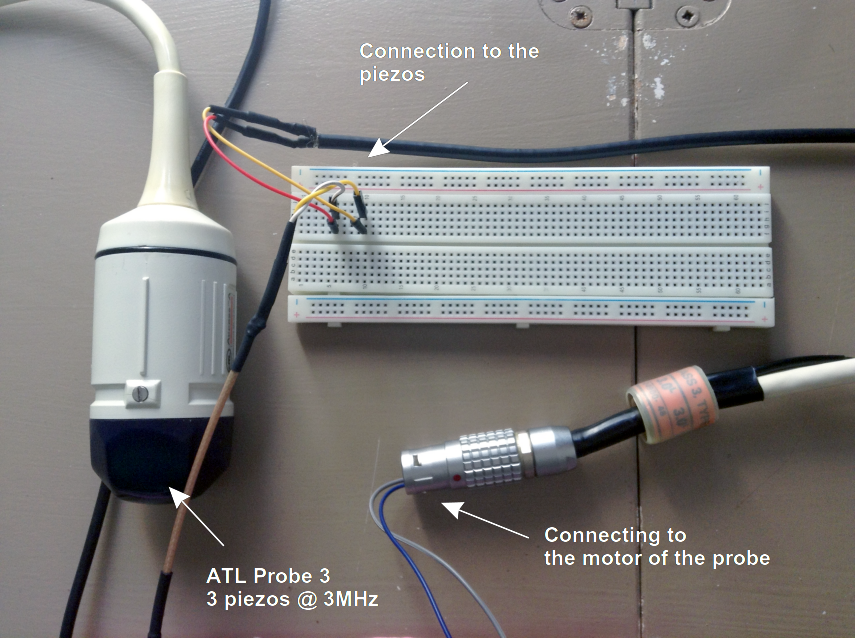 The analog processing is managed by a HV+pulser module as well as an amplifier + enveloppe detector module. Tests were done in the respective module folders.

The PRUDAQ was setup to capture 32M of files at 10MHz (Jumper 1 on the external position). The signal (the enveloppe) was clipped at 1.4V since the PRUDAQ only accepts a [0-2V] input.

One can export the data, exposed from /dev/beaglelogic with:

Analyzing the binary dump provides the following image. We can see 10 full images, shot in 1s -- hence a rotation speed of the probe at 3.3V of around 10 rotation per seconds.

Once the images segmented, we can isolate the images and scan-convert those. For the sake of experiment, I've been using a single simple nearest-neihghbour conversion: 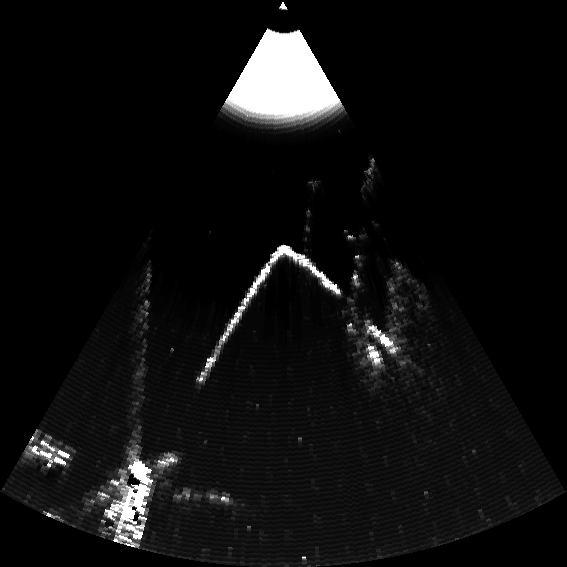 You can download the raw data at using this link.

Comparing with the fantom

I guess the points we see are the points on the left hand of the fantom. The top of the fantom is not seen as the near field artifact is at goes till around 2cm (according to the probe specs). 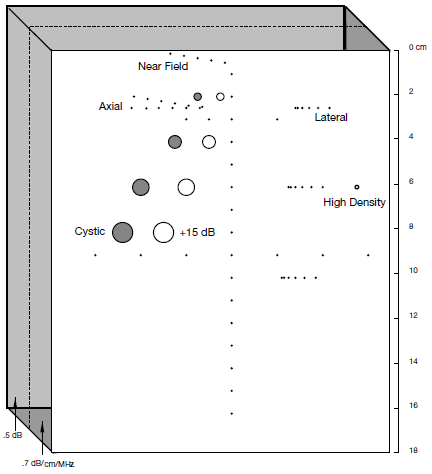 As seen in the list of probes, the probe we've been using has the following characteristics:

This matches with what we're seeing. 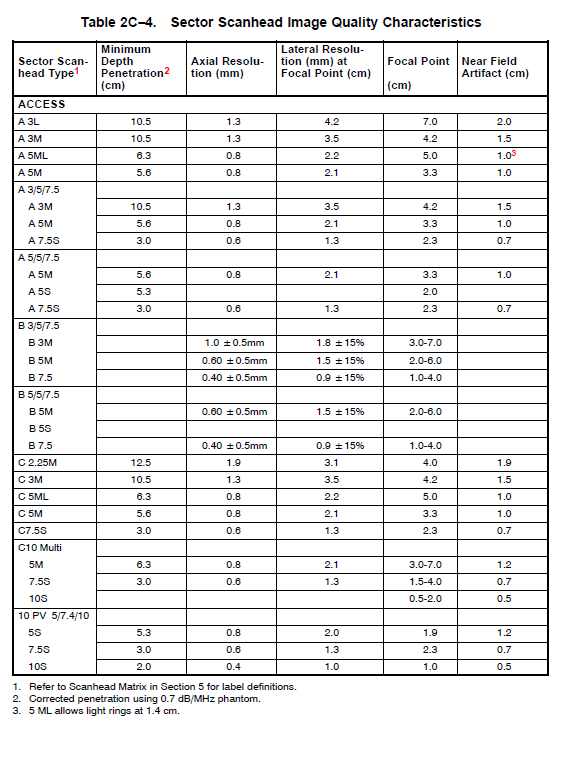