In the previous Session, we realized that the 5V and 3.3V were lower than expected... of course, we had 5V in, with 9V we get a proper alim.

Only difference is the introduction of the CD74HC4049E inverter, with a 5V, 6ns delay, to get the pulse. US_P_P is completed with US_P_N which is the inverse of USPP.

We set the pulse width to the minimum to avoid a pulse out of control. Out of 300us period, that's a 3% duty cycle. Maybe that's the GBF, even if the oscillo says no?

Echoes after MD0100 vs the pulse 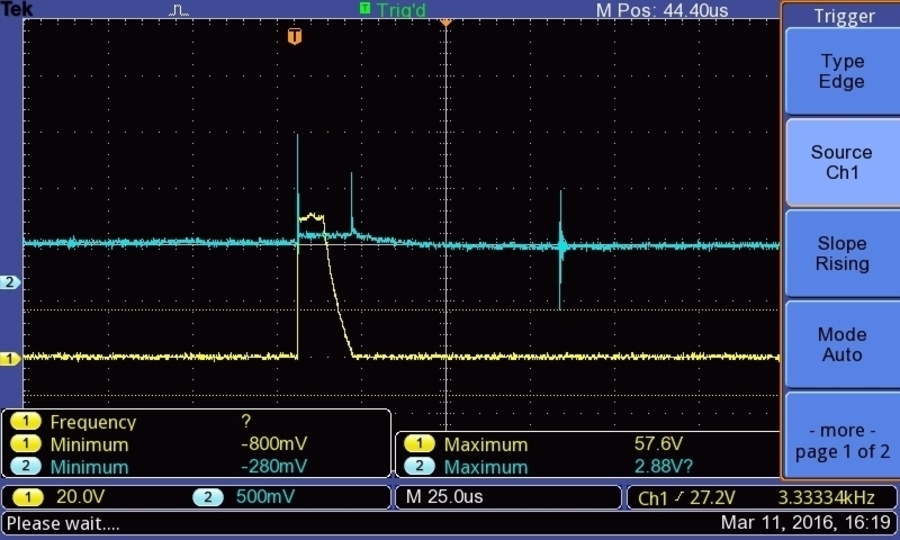 Comparison of echoes before and after the MD0100 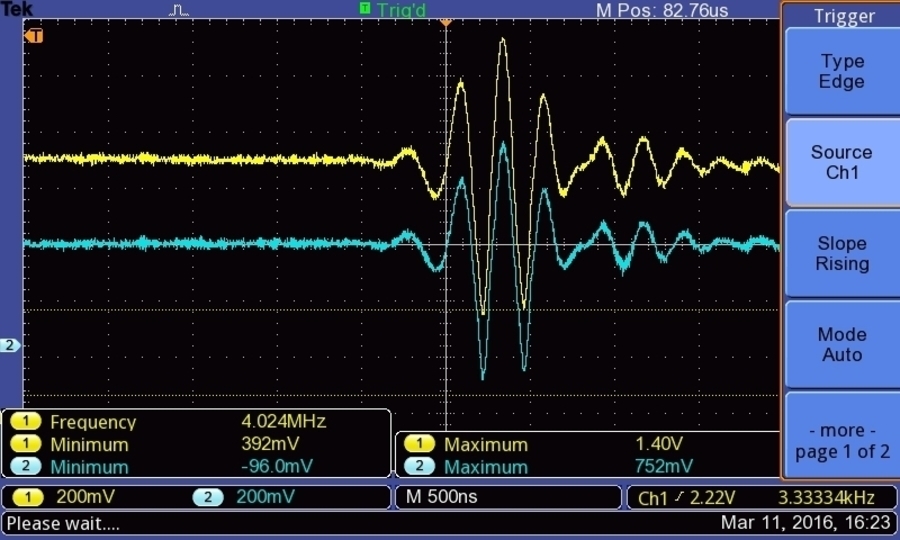 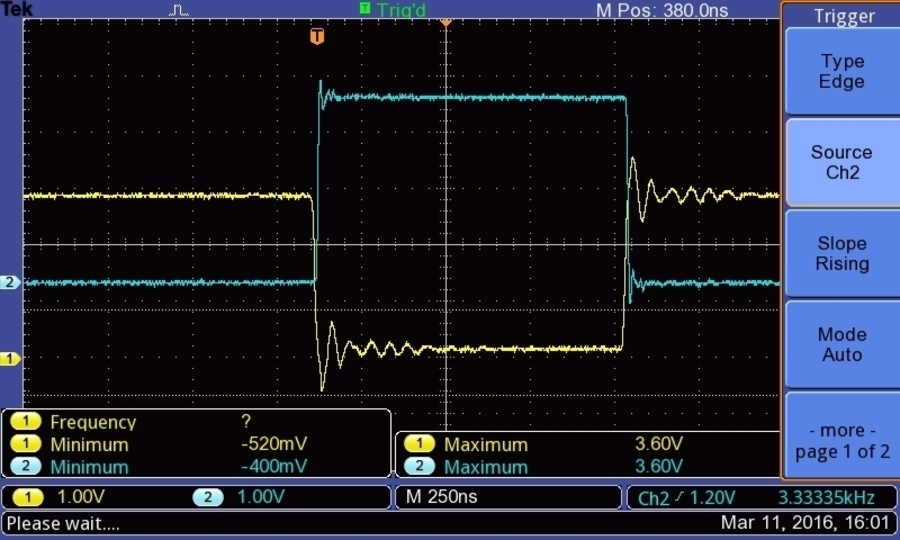 Pulse with too thin a command pulse 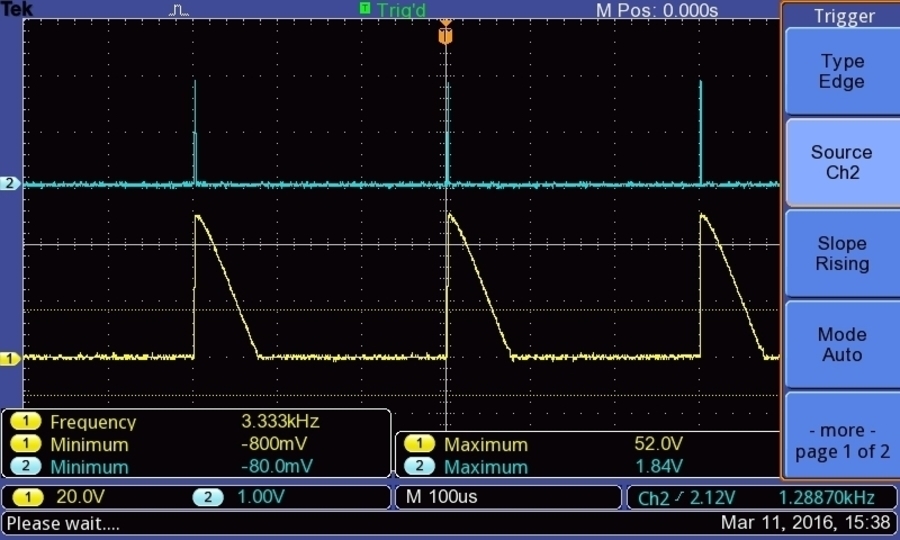 Pulse with a good.. but long command pulse 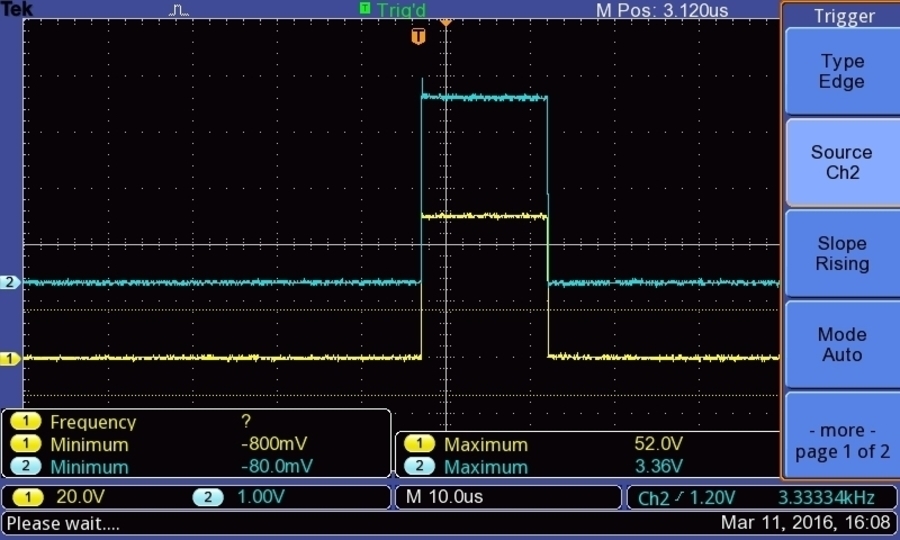 Pulse with a borderline pulse.. the cap 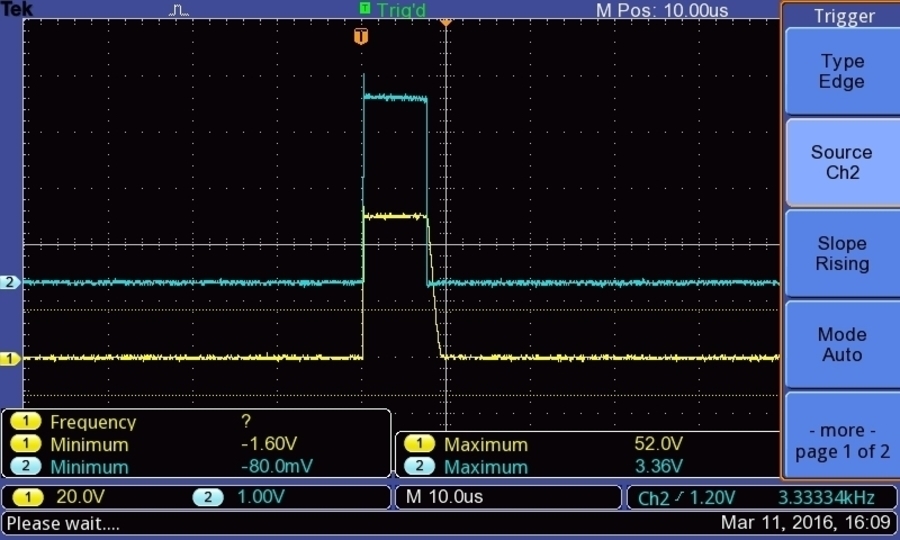