Is the ATL 10PV working?

Test of the piezos with echOpen's analog processing chain 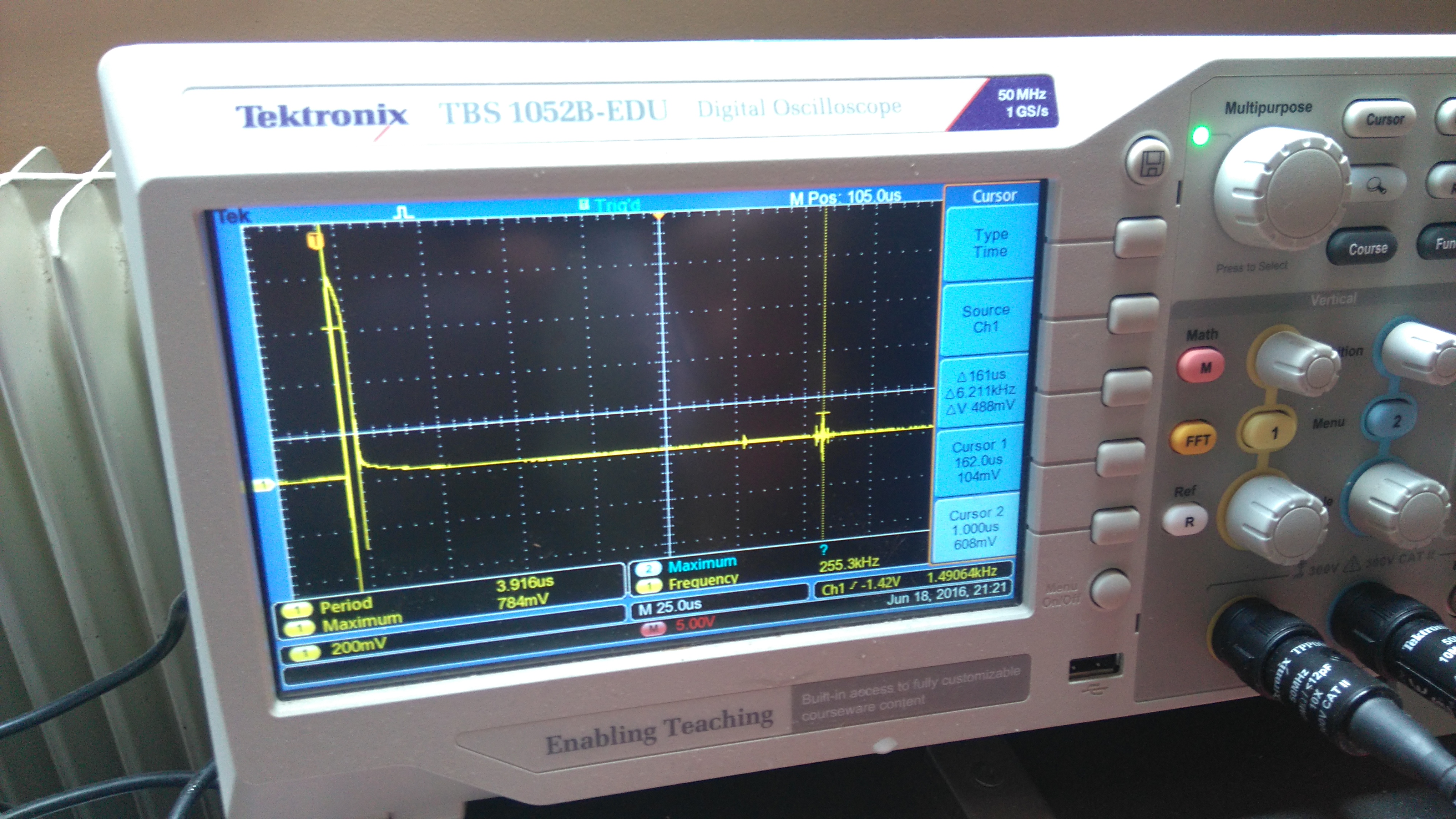 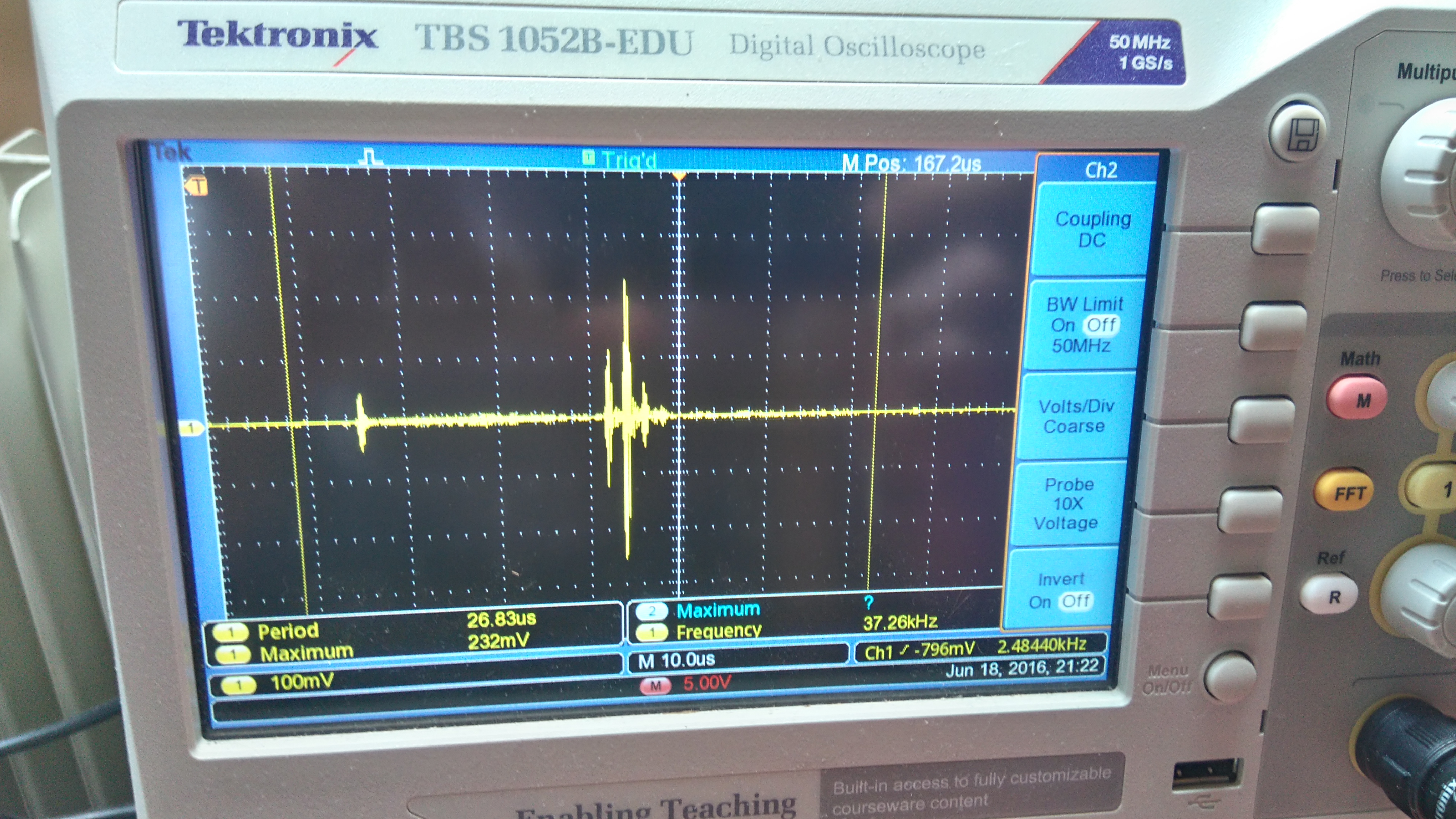 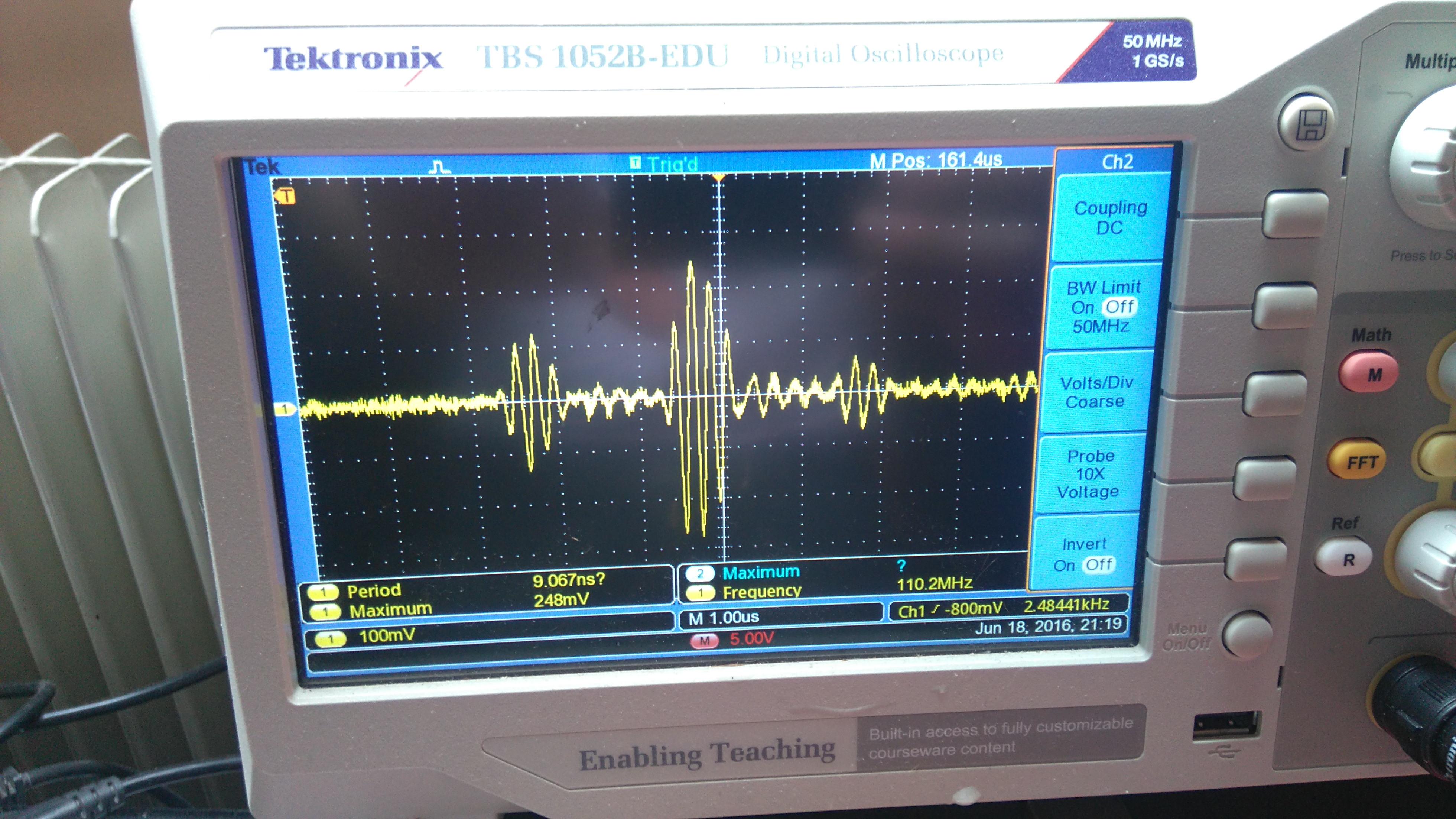 Details of the echo 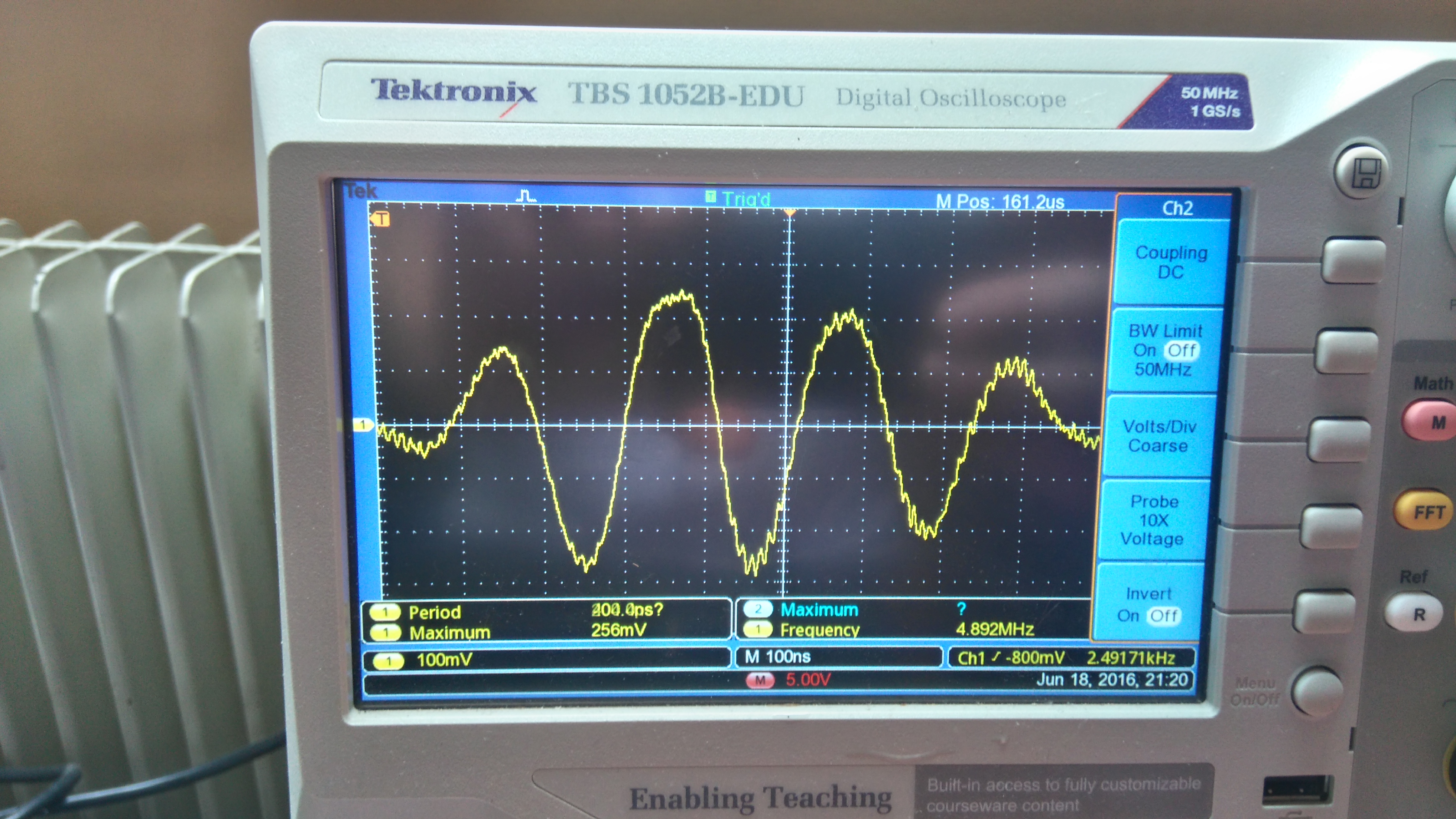 Some linseed oil was used as a impedance matching material. Works great.. but be sure to overfill the reservoir, since too low oil will result in an oil/air emulsion.. really not usefull to work with.

Murgen was plugged to the 10PV, its lower piezo aiming downwards (in the axis of the probe). There were some echoes: 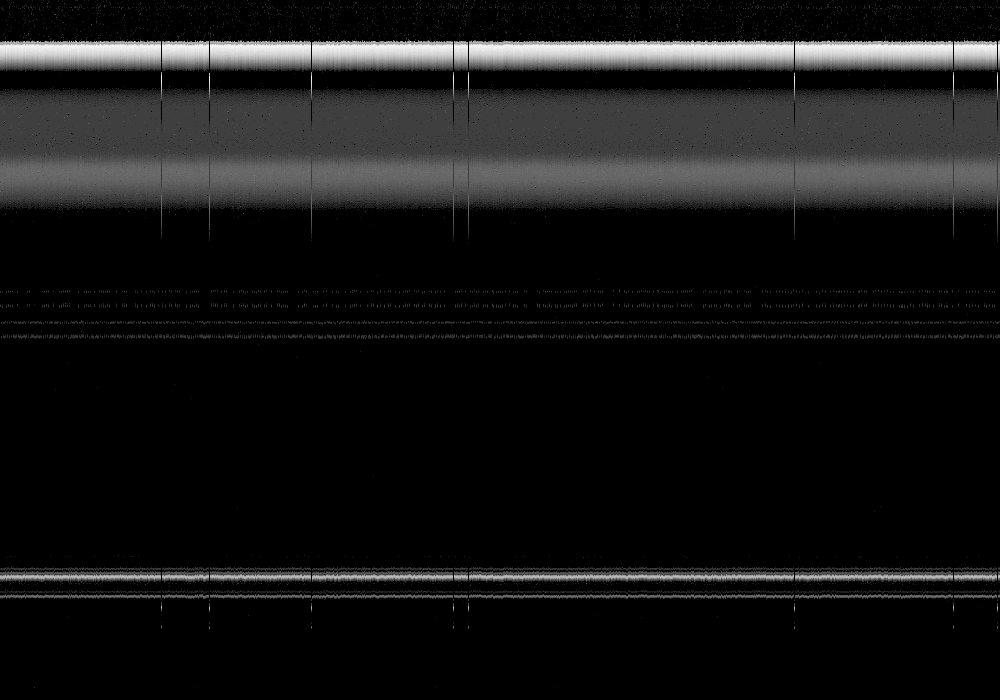 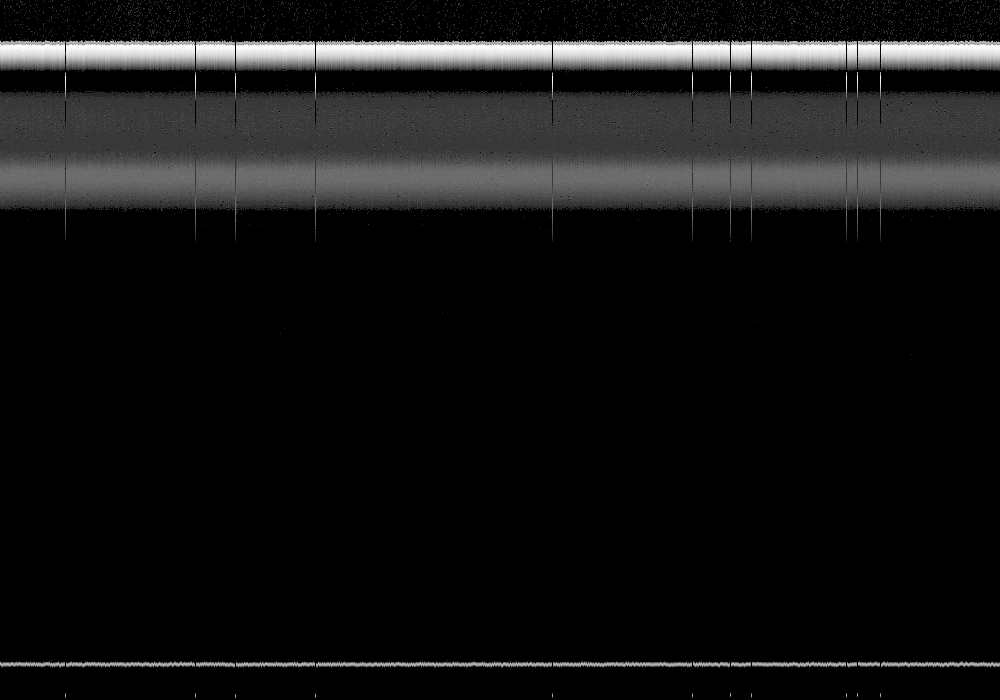 These images are lines shot in continuous mode while murgen is aiming at the bottom of a glass.

Is it working when rotating?

Having 12V put into the motor, and sorting the matrix of acquisition (1000samples, 5Msps, 1000 pts / lines), shooting at 250us intervals) with a little magic, we see three behaviors. That would fit with 3 piezos. Raw data,bzipped, are available at the archive page. 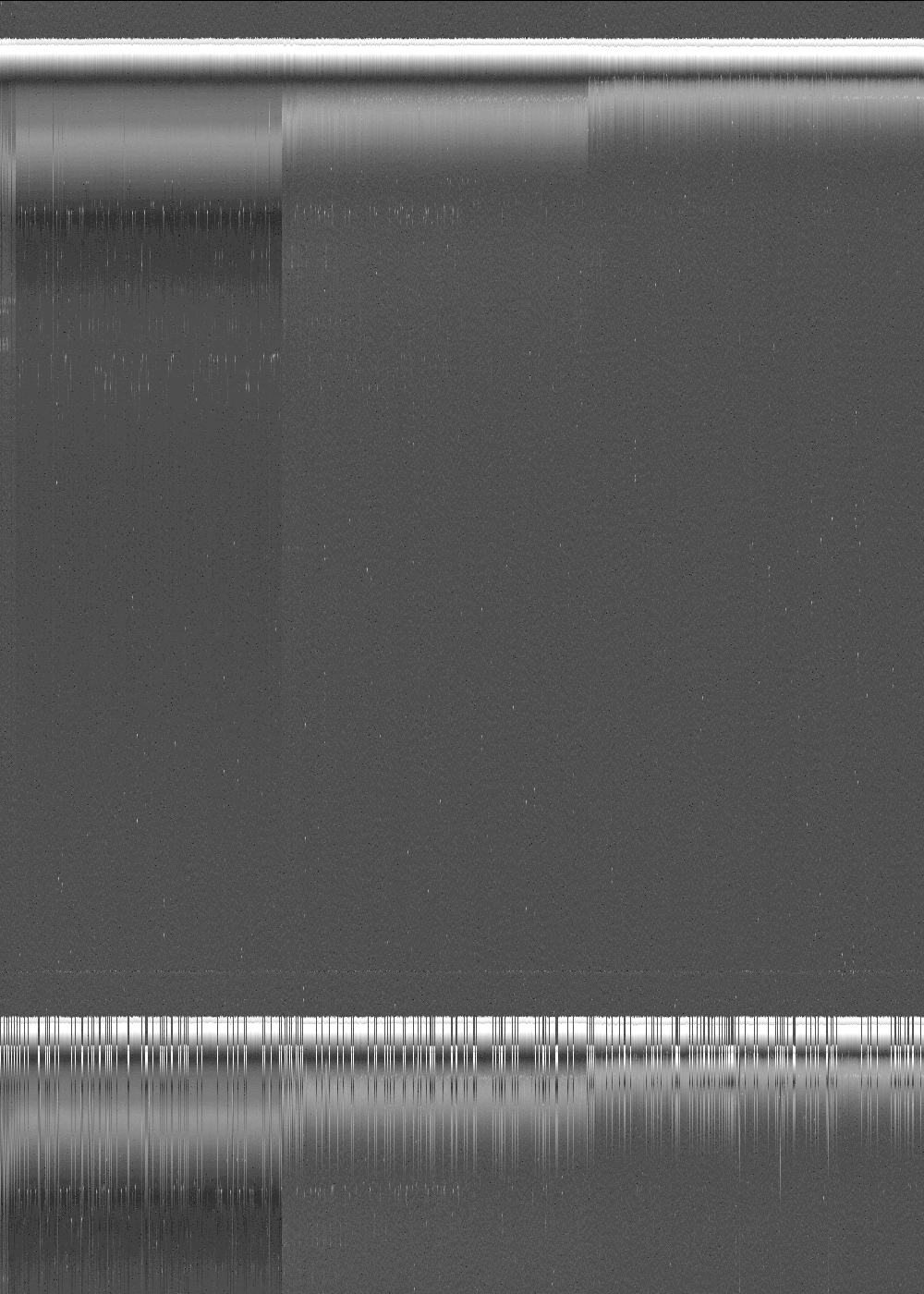 If cleaning the behavior these 3 behavior, the data becomes

We see echoes on the oscillo, before the enveloppe detection... that's where the signal is. So:

Done with the smart-materials 3.5MHz piezos ad imaging a grape passing in front of a piezo 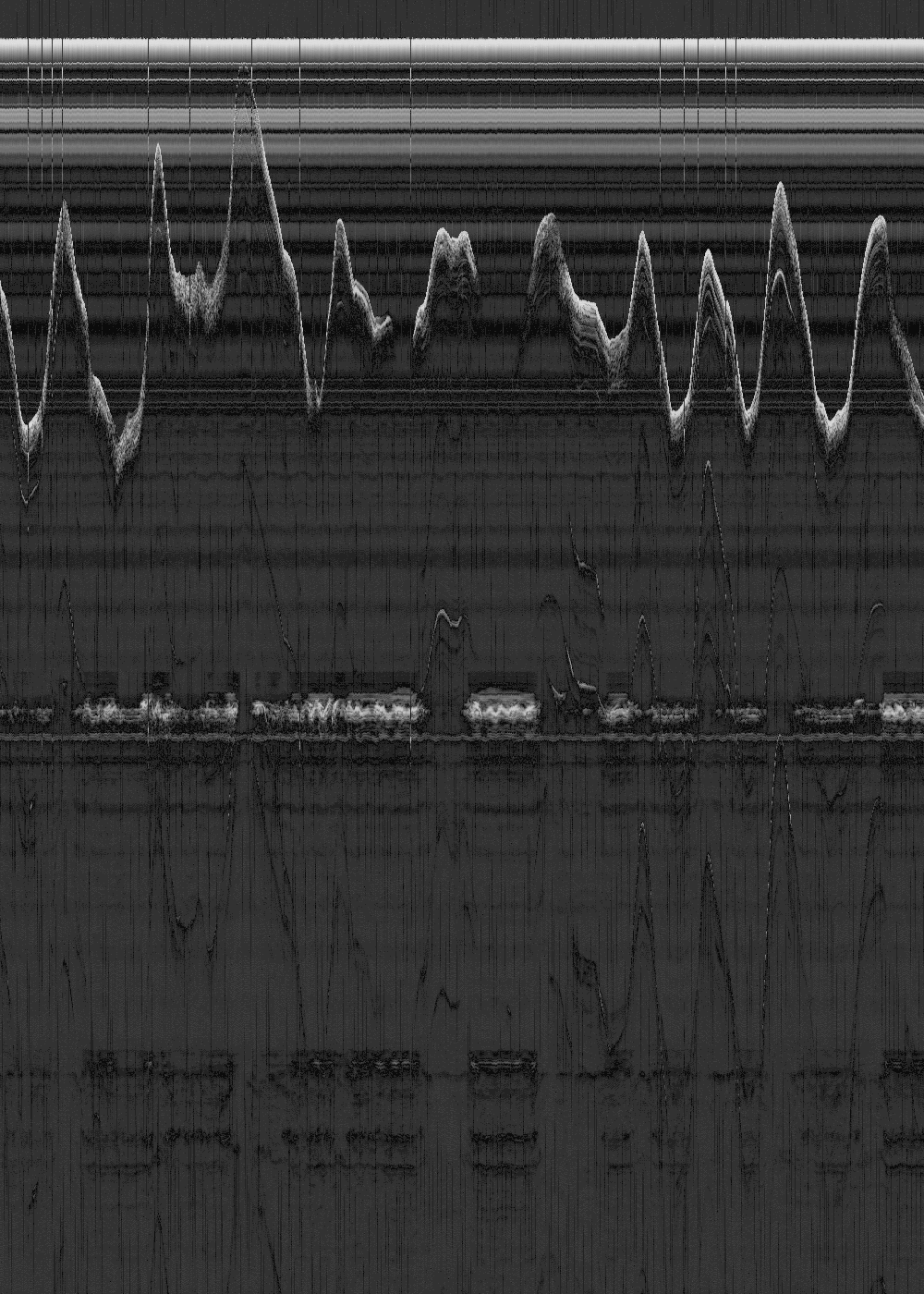 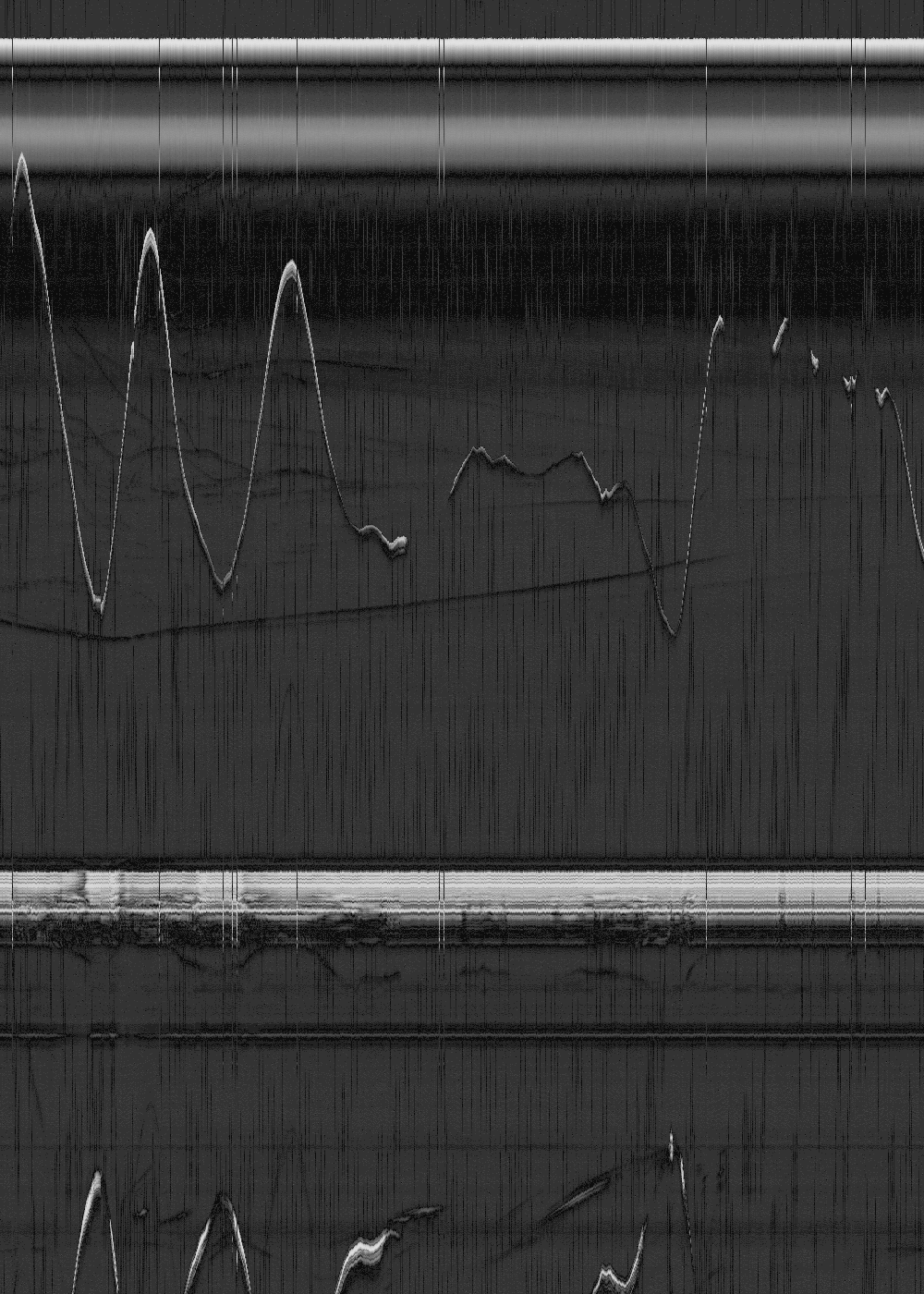